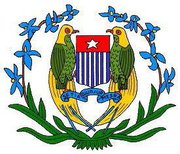 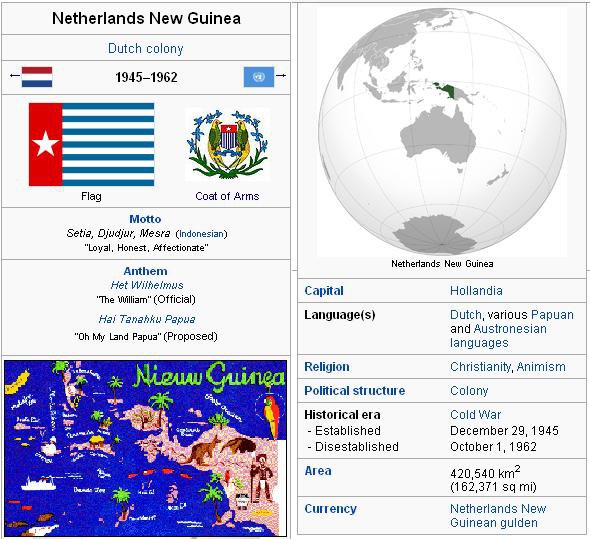 West Papua is the Western Part of New Guinea island in South Pacific Ocean that was took over by Indonesia since 1960s through their Communist Strategy finally US and it’s Allied States pressured the Dutch gave administration of the Country of West Papua trhough UNTEA (United Nations Temporary Executive Authority) then let it join into Indonesia. Although Nederland Kingdom had prepare it in Decolonization process at year 1945 – 1962 and let this island to join with Indonesia since 1 May 1963. It was the failed of UN Misssion to gave West Papua rights according to Article 73 of UN Charter and big wrong in New York Agreement article XVIII.

Because of that strategy, finally Dutch Kingdom signed the New York Agreement in

August 15th 1962 in United Nation building then went out from West Papua. In New York Agreement had prepare the Rights of Self Determination in West Papua at Article 18 but the Process in the field were deferent (not according to that Article) where Indonesia had choose 400 representatives of Indigenous Peoples then put them into one house and every day they were intimidate, terror, flattered, and kidnap. The Indonesian (not Indigenous of Papuan) also join and choose their voice in that Self Determination although in Article 18 said not for foreign peoples, Foreign representatives in Self Determination were 600 peoples. Indonesia and United Nation also had break over that Agreement because not sportive to give the Rights

of Self Determination in West Papua at year 1969. This is the UN’s failure to give the

opportunity of Self Determination in this World and let Papuan Indigenous to suffering in their land until now.

So, we will be fighting forever in this World until we get back our Nation of West

Papua. Because of that, so many peoples of West Papuan were kill and life in exile like in Europe, Pacific, America, and in this World. The Government of Indonesia never developed us with good though but only developed our Land and Natural Resources only and genocide us then send number of migrants came to West Papua island finally it make we were the minority in our island of West Papua.

Community because Indonesia always pressured us in Economic Income, Political,

More about our struggle to get our Rights to Self Determination can be found in:

Nations on the Rights of Indigenous Peoples and article 1 of International Covenant on Civil and Political Rights. So, we keep the World Peace and Welfare.

Watch the illegal Self Determination in West Papua year 1969.

OIL AND GAS IN WEST PAPUA

SUFERING IN THEIR LAND OF WEST PAPUA

Copyright by Division of Information & Publication of OPPB. Email us: [email protected]

Start a Free Blog at Webs.com